Wait, Whose Job Was It? 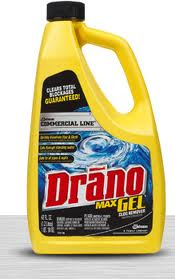 s a man’s job, but somebody’s gotta do it.

I may occasionally make soap with lye crystals, but I still think drain cleaner is scary and only touch it when there’s no man around to do it for me. At least Mr. Hot Stuff bought it for me before he left. #chinatimeofcourse

So I followed the directions and poured half the bottle in the drain, and set a timer for 15 minutes. I recognized the smell of sodium hydroxide — lye fumes wafting from the sink — so I opened a window and backed away, telling Meigi that she shouldn’t stand over there because of the fumes. Just after that I choked on my water and ended up dashing over to the sink to spit it out before I inhaled more water. Know what you do when you are choking and spit stuff out? You inhale. Deeply.

Remember the lye fumes? Yep, they were in the same proximity as the sink I spit into. Guess what lye fumes do? They make you cough and inhale more and they BURN. Don’t worry. I’m fine, though I get to remember vividly for a while just why I mix my lye crystals outside when I’m making soap, and why USING DRAIN CLEANER IS A MAN’S JOB. I just hate that stuff. It’s scary.

Some days you just have to shake your head, and push forward.