Whose Job Is It? We’re Talking Trash Here, People.

I’m trying to make myself blog more, but the trouble is I think of a post idea and then talk myself out of it because it’s too stupid, or too hard, or too time-consuming. I’m promising myself that I will treat my blog like an assignment from an English teacher. That would kill some people, but for me, the constraints often led to some good creativity, and I loved it. So in the future, there may be some strange things popping up here. Also, let me know if you have something you’d like to see me write about. I can always use suggestions. 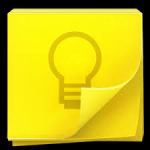 Occasionally, I wake up in the night with a brilliant idea for a blog post. It’s so good that if I don’t take the time to write it down, I will not be able to get back to sleep because of the sheer genius of it. So I open Google Keep on my e-me device (that’s my cell phone, but my life is in there), and jot it down so I’ll remember it. (How do you not blind yourself with that bright screen in the nighttime, you ask? I use an app called Twilight – look it up.)

In the morning, I wake up and shuffle to the computer with my Special Beverage which may or may not smell like hot chocolate, only better than yours. I read a few emails and text messages from my besties, who don’t keep baker’s hours (not that I’m a baker, I just keep the same hours – or try to). Then I check my to-do list for the day and see what’s waiting for me on Google Keep. This morning it said,

Huh? What was I thinking?? This idea is fraught with pitfalls. Let’s assign everyone jobs based on their gender (that’s sarcasm folks). Nevertheless, at our house we girls do have some jobs that we have frankly allocated to the men. Why? Because we can, and they know we love them for it.

Still, I must have been having some crazy dreams. I vaguely remember dreaming that trash piled up in the kitchen because Mr. Hot Stuff had been in China so long we got buried in garbage because he wasn’t there to take it out for me. Because, let’s face it, the heavy, stinky jobs are definitely A Man’s Job. Yes, I have muscles in my arms and legs that work. I am perfectly capable of taking out the trash. And I do. But. Deep down, I still think It’s a Man’s Job.

Yesterday I had a traumatic flashback about the kitchen sink backing up, because we are going from summer into the colder days and nights of Fall, and This Happens Every Year. I always think, “Crud. This is a Man’s Job. I don’t want to deal with this. But Mr. Hot Stuff is at work slaying dragons (yes, real ones).” I know he doesn’t have time for a mess like this, so I boil a big pot of water and pour it down the drain and pray it works, and that I don’t have to read a label on a bottle of drain opener, because I think that stuff is scary. I can do it. But, It’s a Man’s Job. And if the situation needs drain opener, I’ll probably wait until he gets home.

I know I sound like all-helpless-female and stuff, but reality is, at my house anyway, though we have all learned to do all the jobs, we each have different roles we are comfortable filling. Dinner on the table? That’s my job, because I’m the one home to do it and for some reason my kids have a sense that this is a Mom’s Job and mostly I’m good at it. Yes, they can do the job too, but it’s just the way it generally works in my family. If I worked outside the home, the tasks might divvy up differently.

Doctoring sick kids? My job too. I’m the one who reads all the labels, and knows the chemical names of every pain reliever on the market, and five different ways to take care of a fever not involving pills that might be thrown up. Could Mr. Hot Stuff do this too? Sure, and he does when I’m not around. It’s just that it’s my job. Even my friend, whose husband is a doctor, says that when her kids are hurt or sick, they come to her to fix it first.

The toilet looks disgusting? My job. Because it just is. Gross toothpaste blobs on the sink? Flossing home runs on the mirror? My job too.

Toilet backed up too much for the plunger to handle?  It’s a Man’s Job. Or it’s the plumber’s job. If the plumber shows up and is a woman? That’s fine, it’s just never happened in my 28 years of home ownership.

Can’t get the jar of pickles open? It’s a Man’s Job. Unless there is no man around. Then I run it under hot water for half a minute and, POP! it opens like magic. Why not just do that myself? Because I like seeing a man’s muscles flex. There’s just something so satisfying in it. 😉

I am capable. I can work a screwdriver and a drill, and most any other hardware-handling gadget. I can deal with scary, disgusting things. But if Mr. Hot Stuff or one of my son’s is around, I’ll usually hand the job to one of them. While they’re busy, I’ll make them dinner, or dessert, or I blog about their manly amazingness. 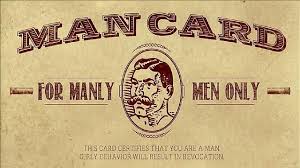 Spiders Are A Man’s Job

We’re a family. We use our strengths to help each other out. Sometimes the jobs fall into “traditional” categories. Sometimes not. Regardless, the girls and I pretty much all agree that spiders are a Man’s Job. The ones in the window wells? Getting rid of those is definitely A Man’s Job. As protector of the family, Mr. Hot Stuff is endowed with special powers that enable him to conquer dangers that threaten our home. Like spiders. UGH. I can do it. But. It’s a Man’s Job. Unless there’s not a man around. Then we just become screaming, murderous, shoe smackers. Because yelling helps boost courage and aim. I should know. I’m a black-belt and, though hitting things is definitely A Man’s Job, nothing is as confidence-building as knowing you can hit what you aim for, and sometimes, doing A Man’s Job is a Woman’s Job too.