If You Get a Chance to Go to Istanbul, DO IT! Part 2

After our neighbors here at the hotel kept banging their doors open and shut until 1:30 AM, you would think sleeping later this morning would be easy. But nope, I woke up and all the thoughts and memories of this journey were flowing through my head in a stream of shifting color, light, and shadow.

We fly home today, and although I always wish I had time to see more of places that we visit, Istanbul is a place that has caught my heart more than most. I love the swirl of color and sound, and the mix of ancient and modern. I could not live here. 18 million people create a lot of pollution, and although the sea breezes keep it from settling in too thickly, it is still a factor that would be difficult for my lungs to deal with. China had a brutal and lasting impact on me that way. Add in that about half of the population smoke like chimneys, and things can get tough. I’m sure it hasn’t helped that I came here sick with a cough and worried I was coming down with pneumonia. (I’m doing much better now.) Still, I would love to come back and visit again – especially during a cooler season. I do not know how so many women here wear the hijab without fainting, and those who wear the burqua are miracles of endurance.

This is a million post. It served as a survey marker for the ancient Romans. They knew how many paces from each on of these to the others. Who do you get to count that? 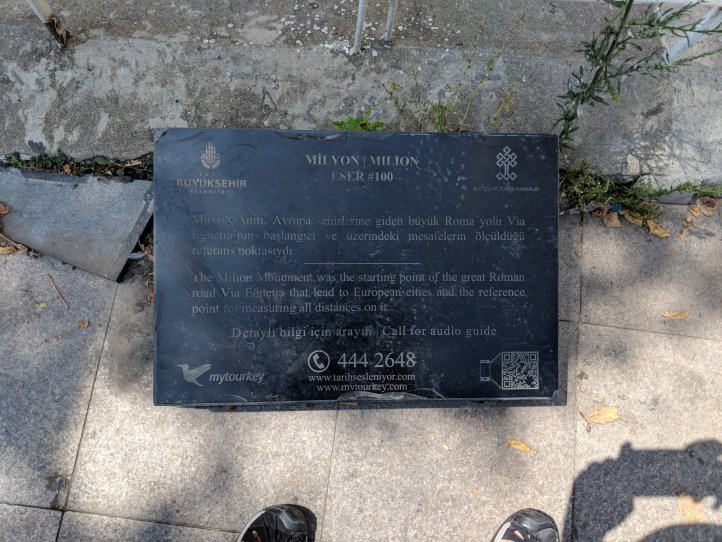 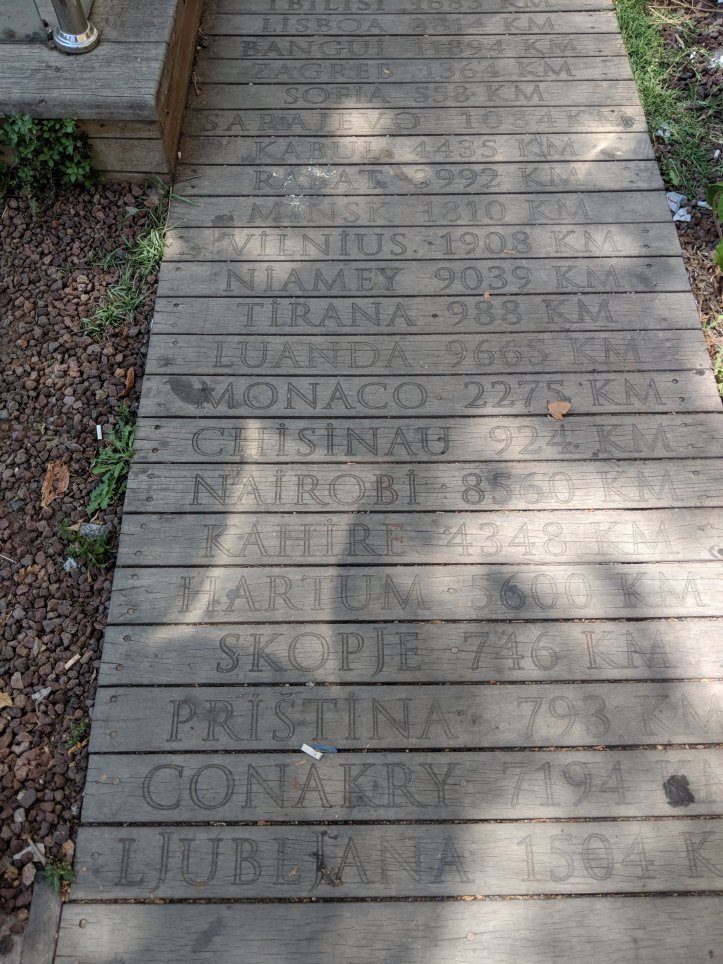 When our guide, Lutfi, said he was going to take us to a cistern, my first thought was, “Okay, we’ve seen quite a few of these on this trip.” But then we went down some stairs into this huge place! It’s actually called the Yerebatan Palace or Basilica Cistern, and Honey, this cistern is HUGE.

There were a couple of pillars that had Medusa heads on them, and when Justinian decided that they should not have pagan gods in visible places, the pillars were changed so that the Medusa heads were under the water. I only photographed one due to the crowd around the other. 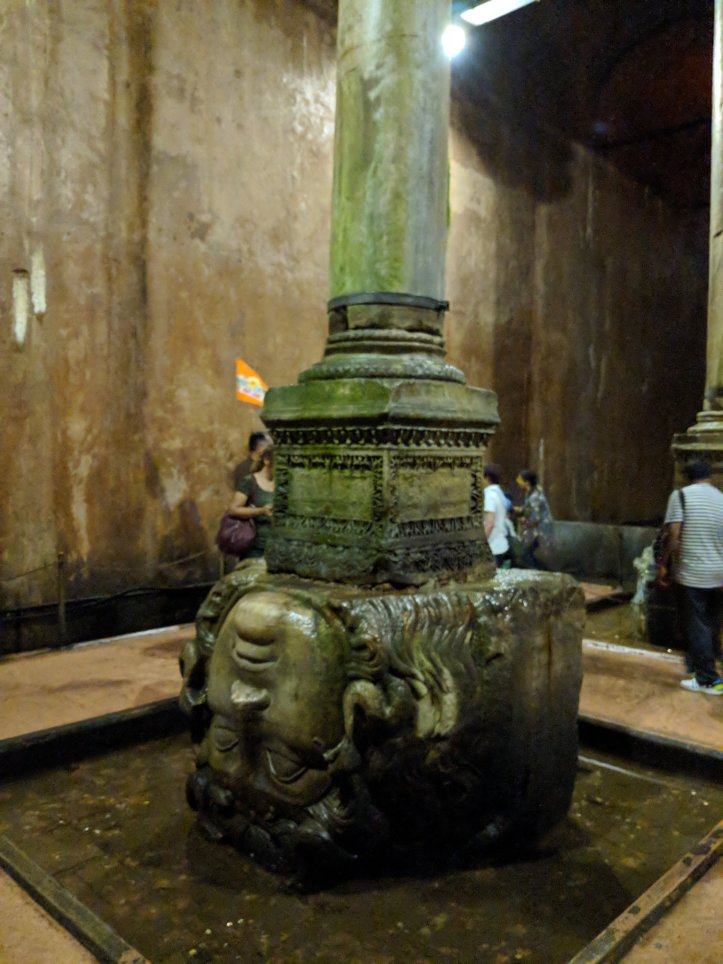 Our guide did not appreciate that some smart money-maker was having people dress up in Ottoman clothing to take photos in a Byzantine cistern.

It’s time for me to get on with the morning. We have a flight to catch. I’m looking forward to being home. While it was nice to put some aspects of real life on hold for a while, it will be good to be back where we can love and support our family and friends through some challenges that have arisen during these past three weeks.

I still have so much more to share about Turkey – The Blue Mosque and more!