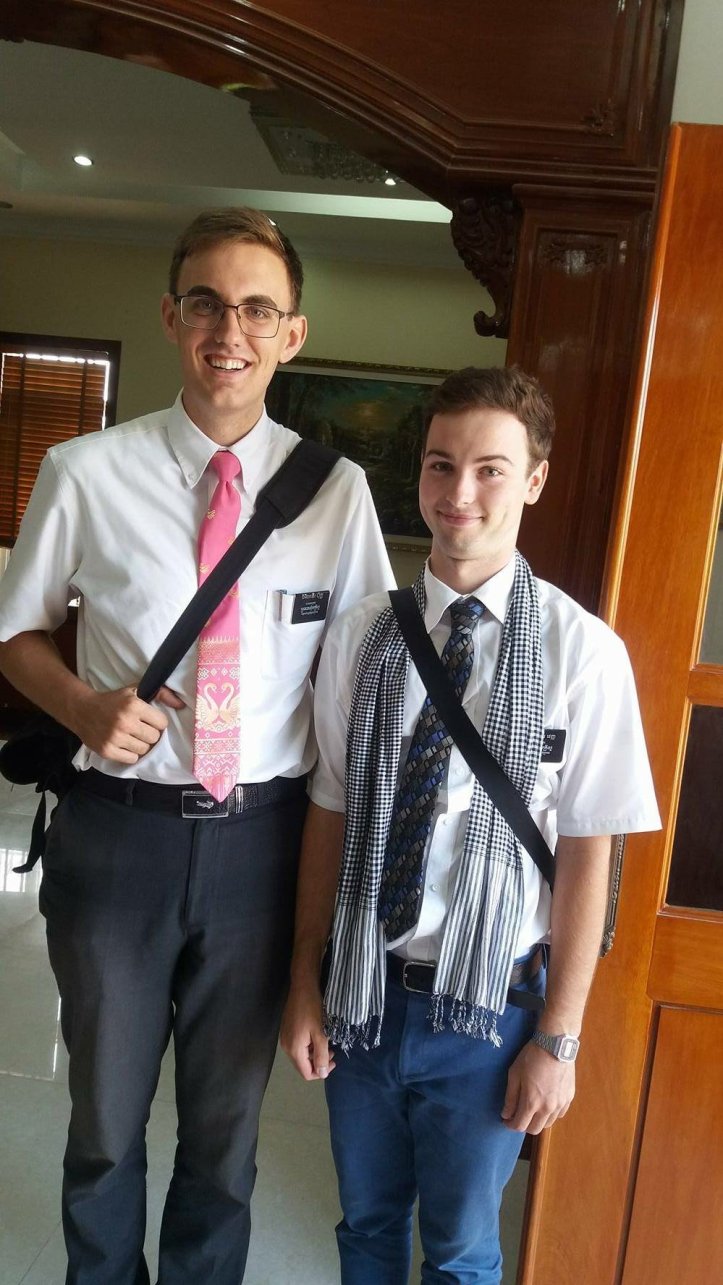 I received this surprise photo in my FB Messenger today from a sweet lady in the church branch in Cambodia where my son (the tall one) is serving as a missionary. He comes home in just under a month. I’m looking forward to having him home, but I will miss having a missionary out serving.

​This chapter of the Book of Mormon talks about how the Nephites sat in the super-dark for THREE days at the time of the Savior’s death. This civilization had been deliberately wallowing in sin, stoning the prophets who called them to repentance, and being wilfully disobedient to God’s laws, as well as destroying their government.  I can’t even imagine how scary it would be to have so many life-altering storms and earthquakes, injuries and hunger all at once in such a short time as three hours. And then to sit in the pitch dark for three days. Oy.

It’s overwhelming to think about what it would take to make Heavenly Father so upset that you’d get hit with a time-out like that. And yet, sometimes I know I need to sit and think about what I did wrong and why I should repent.  Now that I think about it, God kind of did the same thing to Alma the Younger (earlier in the Book of Mormon) when he was at the height of his rebellion against God.

3 Nephi 10 “9 And it came to pass that thus did the three days pass away. And it was in the morning, and the darkness dispersed from off the face of the land, and the earth did cease to tremble, and the rocks did cease to rend, and the dreadful groanings did cease, and all the tumultuous noises did pass away. 10 And the earth did cleave together again, that it stood; and the mourning, and the weeping, and the wailing of the people who were spared alive did cease; and their mourning was turned into joy, and their lamentations into the praise and thanksgiving unto the Lord Jesus Christ, their Redeemer.” https://www.lds.org/scriptures/bofm/3-ne/10?verse=9-10&lang=eng#p9