Let It Be. Good Relationships Are More Important Than Stupid Quirks. 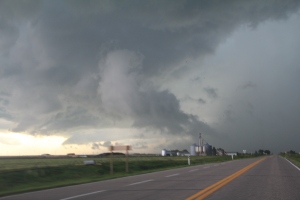 When Rainbow was three, she decided that she preferred to eat her breakfast cereal with a fork. For some reason, this action triggered the mama-control-freak in me. We got into a huge shouting match with me trying to bully her into eating with a spoon, and her screaming, with rivers of tears, adamantly insisting that she wanted to use the fork. It felt horrible at the time, and thinking about it still brings an icky feeling. We ended up with a huge mess all over the place and a No Fun attitude for the rest of the day. It was clearly a stupid moment on my part, trying to insist on adult conventions, reasoning, and manners from a three-year-old. She never tried to eat her cereal with her fork again.

A couple of years later, a friend and I made arrangements to have lunch at my house and let our kids play together. I looked forward to it all morning and watched for her arrival, but she never came. My kids and I were so very disappointed. There was no phone call to say she couldn’t come, and when I saw her at church that Sunday, she didn’t mention anything about it, but was cheerful and friendly as usual. I was very confused, but didn’t say anything.

A few weeks later, I tried again and we arranged for her to come over in a couple of days. Again, she didn’t show up or call. I talked to her a day or two later, and again she was her normal, friendly self, and my confusion mounted. What was going on? Did she secretly hate me and just pretend to be my friend ? I just waited and watched, and I never said anything about it myself. I didn’t want to come across as needy or demanding. I knew she was very busy. Nevertheless, the situation ate at me, causing more hurt every time I thought about it. How could someone be so inconsiderate and flaky? This is not how you do friendship, I thought.

I was washing the dishes and mulling this over when the thought came vividly to my mind. “Is it worth ending your friendship because she’s going through a flaky phase? I knew immediately that this friend was more valuable to me than a handful of missed events. I know I’ve had plenty of flaky moments in my own past, and I’d hate to lose friends because of those times. This was a powerful moment for me as I realized that the more willing I was to forgive these situations, the more I would have wonderful friendships blessing my life.

The longer I thought about this, the more I realized how we all have quirks that might bother others. They come up in marriages and family relationships, as well as friendships. Mr. Hot Stuff used to leave his wet towel on the bed after his shower in the morning. I’d come into the room a couple hours later to find the bedspread damp where he left it. This drove me nuts until one day I realized if that was the worst, most annoying thing he was doing, I’d picked a pretty good man to marry and maybe I shouldn’t gripe about it so much. The same week I decided that, he stopped leaving the wet towel on the bed.

Several years later, after Rainbow was older, her youngest brother poured his cereal and milk all by himself and proceeded to eat his breakfast with a fork. Rainbow was immediately in his face about how, “That’s not how you eat cereal! You’re supposed to use a spoon!”

I looked at her and said, “Don’t worry about it, he’ll figure it out quickly enough.”

“But Mom, that’s not how you eat cereal!” Her face was red and her fists were white.

“You’re right,” I said, “but we’ll just let him figure that out for himself, okay?”

She stormed out of the room and slammed her bedroom door. I looked at my three-year-old, Arctic Boy, and smiled. “It’s alright, she’s just having a grumpy moment. Finish your breakfast, kiddo.” 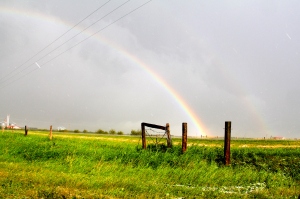 He shrugged and dug his fork in. The next day I asked if he was going to use a fork to eat his cereal. “Nah,” he said, “I just wanted to try it yesterday is all.”

The situation made me realize (again), that it’s not the quirks that should determine the tone of our relationships. We just have to choose to love regardless of those things. Then the dumb little things don’t bother us so much. We can just shrug and say, “Well, if this is the worst thing they do, I guess they are pretty good people. I’m so glad to have them in my life.”

I’m still friends with that dear woman. We don’t see each other often, but occasionally we drift into one another’s orbit. When we do, the connection is powerful, loving, and oh-so-precious and strengthening to me. She probably doesn’t realize the strength and hope she gives to me, how I pray for her when I learn of her struggles and trials, or that I would navigate an alligator-infested swamp if doing so would help her in some way. Then again, maybe she does. I think she probably does the same for me.

How has forgiving the quirks or flakiness of others blessed your life?