Miami, the Everglades, and Thinking About Wildernesses

I do not particularly enjoy flying in airplanes, but they take me places where I can see things I never have before, so I am grateful for them. I’m also grateful to get off of them.

We are in Miami now, exploring for a couple of days before we board our cruise. Let me just say at the start. I am a mountain girl. The ocean makes me nervous. It’s big, and powerful, and it breathes. Mountains do those same things, but you have to pay attention in a different way to notice it. I’m used to mountains, even though I get lost easily in them, I am fairly confident in my ability to survive them. Oceans, not so much.

It was raining this morning when we went to the beach. I saw blue jellyfish washed up on the shore, as well as – are those things sponges? I don’t know for sure, but they were soft and smooshy with seawater like a sponge.

I look out at that big water and realize that no matter how big our cruise ship is, we will still just be a tiny speck out there, of no more consequence to the ocean than the sponges and jellyfish it tosses ashore. How comforting. Haha. I am looking forward to this adventure, though. I just have to let some of those thoughts float on by, and focus on the moments I want to keep. 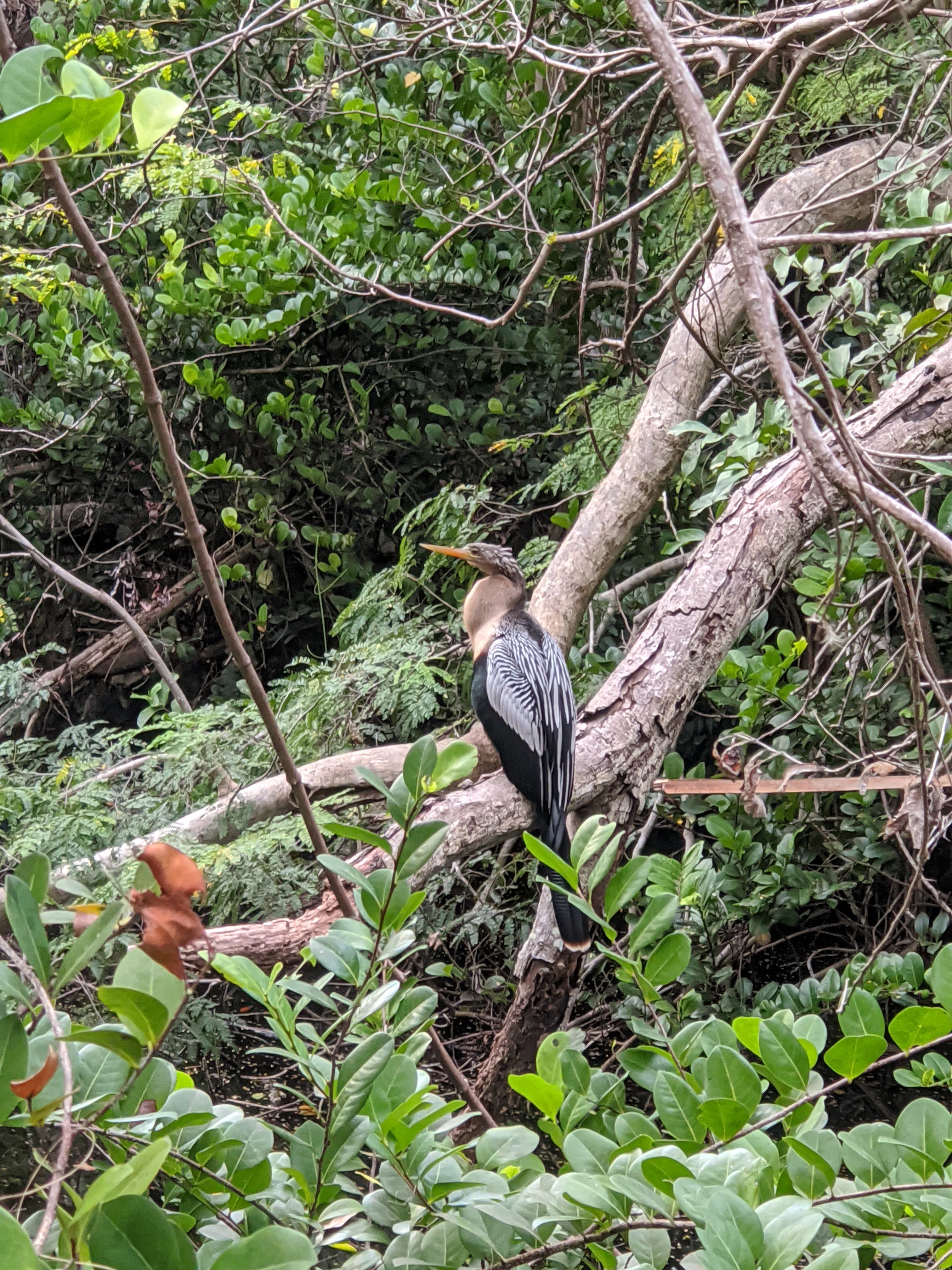 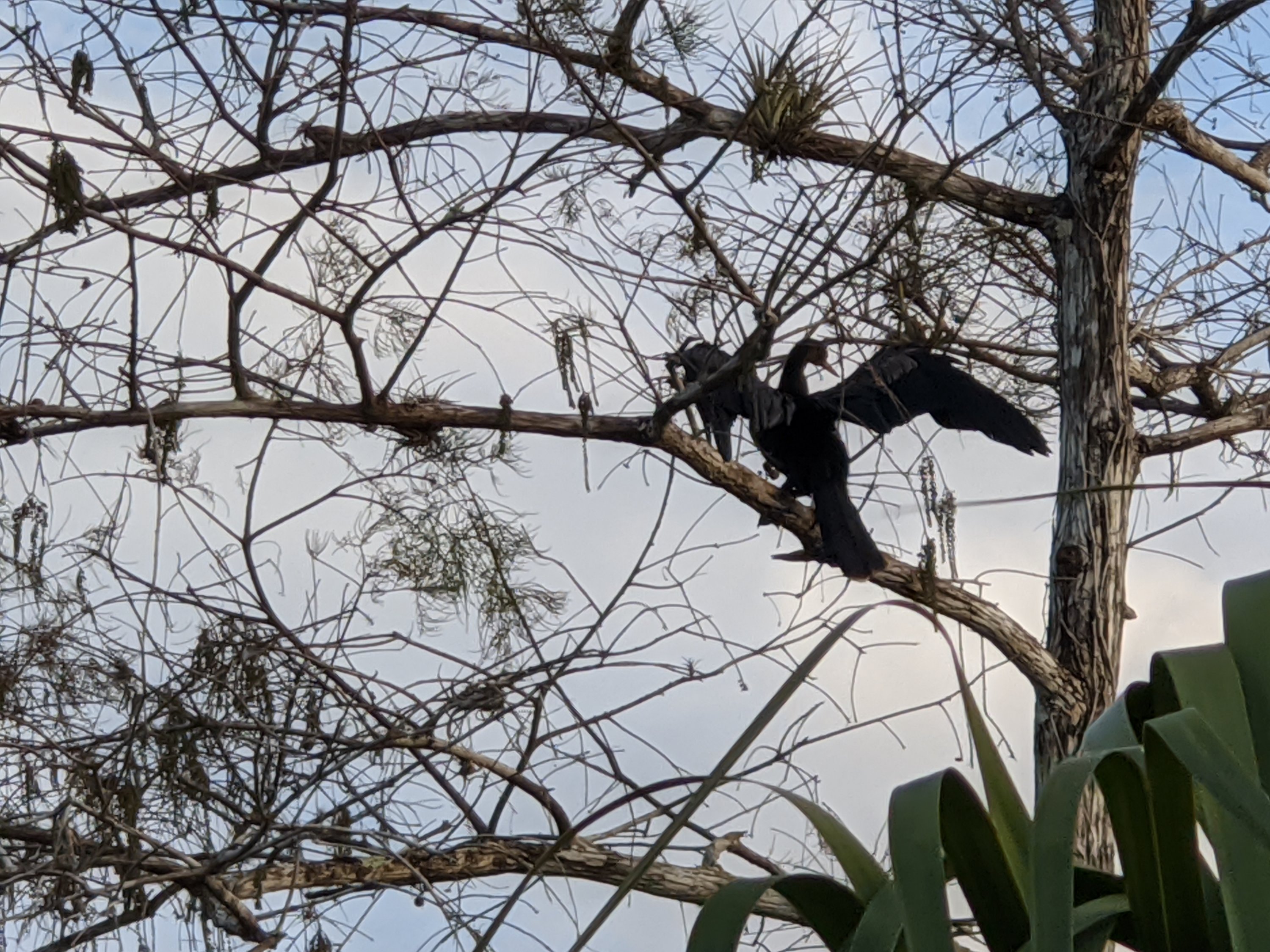 We went on a drive through the Everglades this afternoon. That’s a big place, too. It’s all rather gray and brown right now. I’m assuming it’s the season of the year for that. Otherwise, they are in big trouble, folks. Obviously, I’ve done NO research on that topic, so I’ll just leave it there for now.

We saw some beautiful birds out there.

I’ve missed posting here the last couple of days, but I have been reading more in the Book of Mormon, 1 Nephi 8-10. I was thinking a lot about waste places and wilderness, and all the ways that those things sometimes show up in our lives. We aren’t guaranteed a life without these kinds of troubles, and they sometimes seem as though they will go on forever. I am falling more and more in love with the pattern that we see in this story of Lehi’s family.

Honestly, this family is a hot mess. They have some serious dysfunction going on, but it doesn’t stop Lehi from moving forward to do his best to follow what God is telling him to do. I can’t even imagine how scary that had to be for him. I mean his two oldest sons get mad enough about the situation to contemplate murder! Talk about a dark place.

It’s not like he was handed a map with step-by-step instructions either. At least for this cruise (I know, not EVEN the same level of uncertainty or stakes) we’ve had instructions from the travel agent, and the cruise line, and friends who’ve gone before, but I still feel nervous about the unknown. Lehi, brave man, just packs up and heads out. Faith in action there.

Lots of photos today. Hopefully you will like some of them. 😁

I’ll post some photos of Book of Mormon journal edition itself tomorrow. It’s a bits and pieces process now while I’m on vacation with Mr. Hot Stuff. 😉

Here are some more cool photos of things we saw and did today. 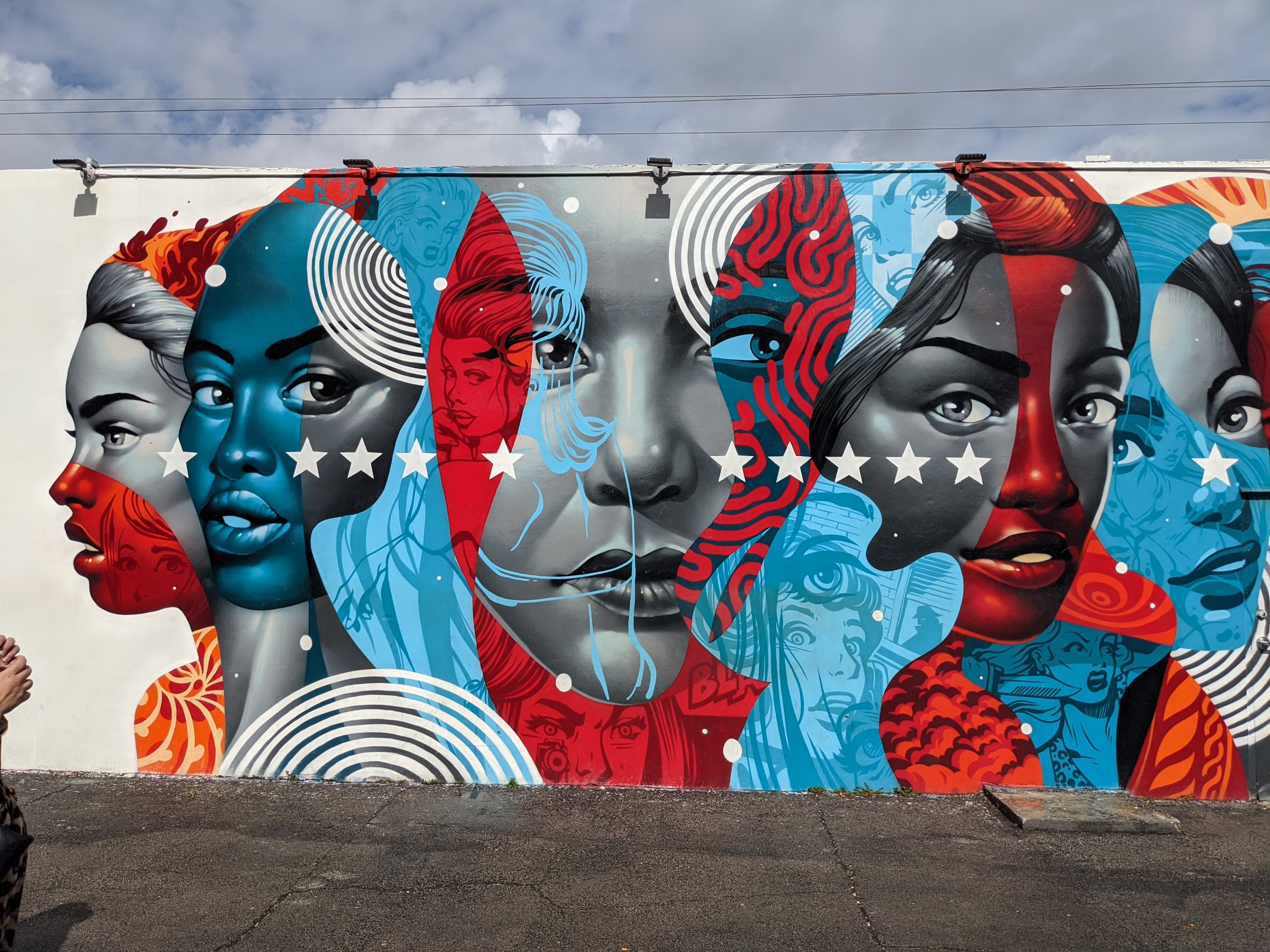 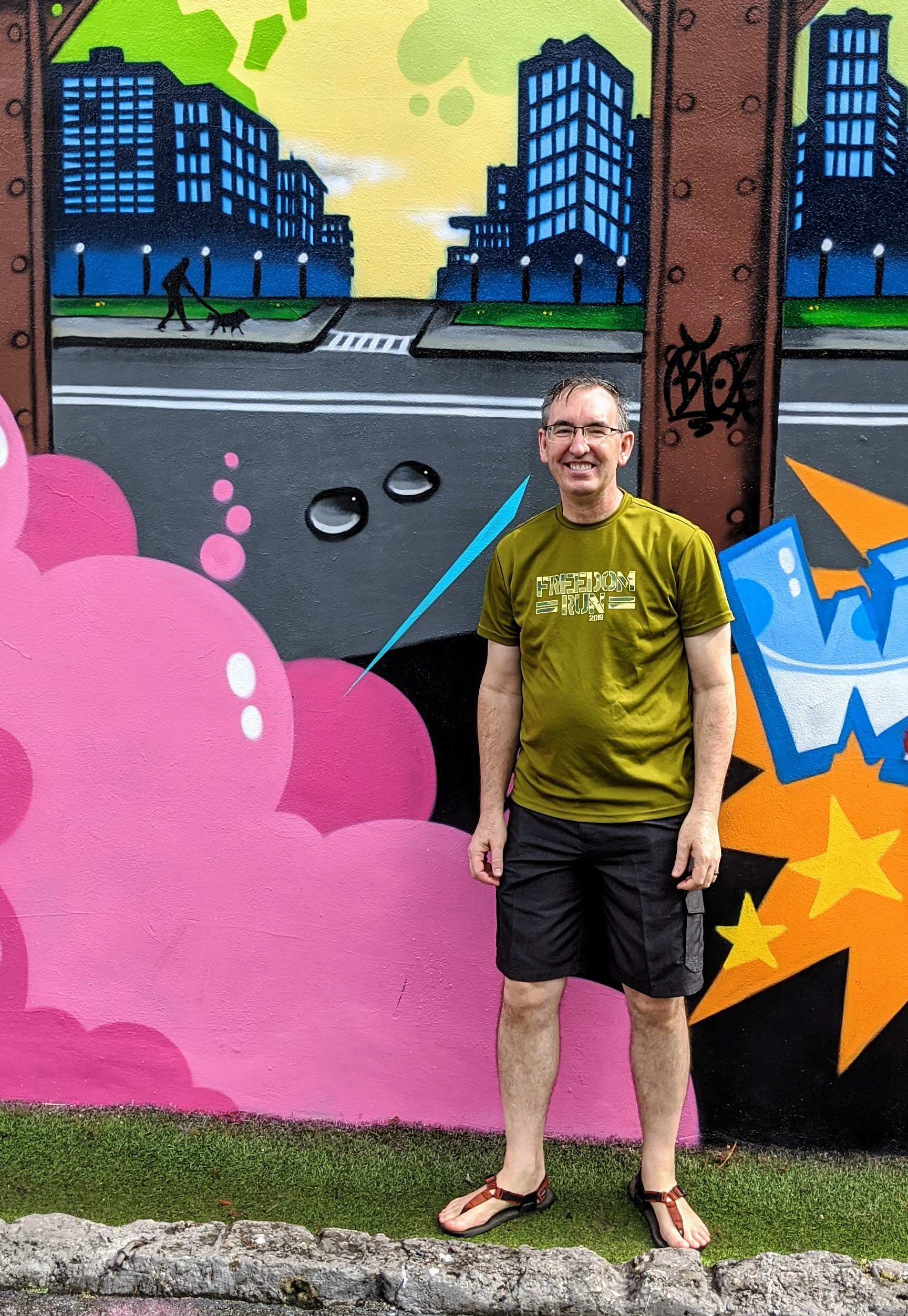 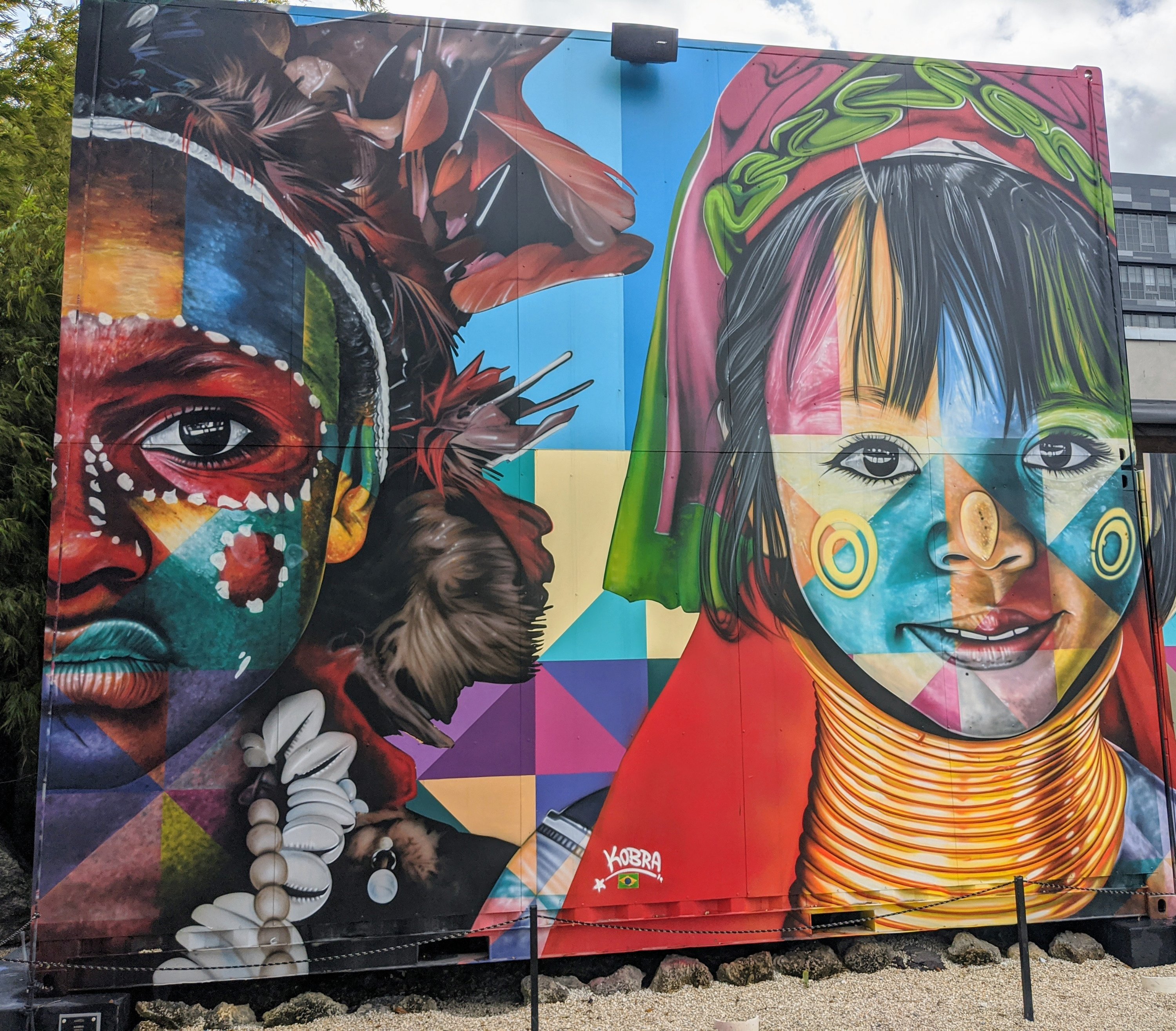 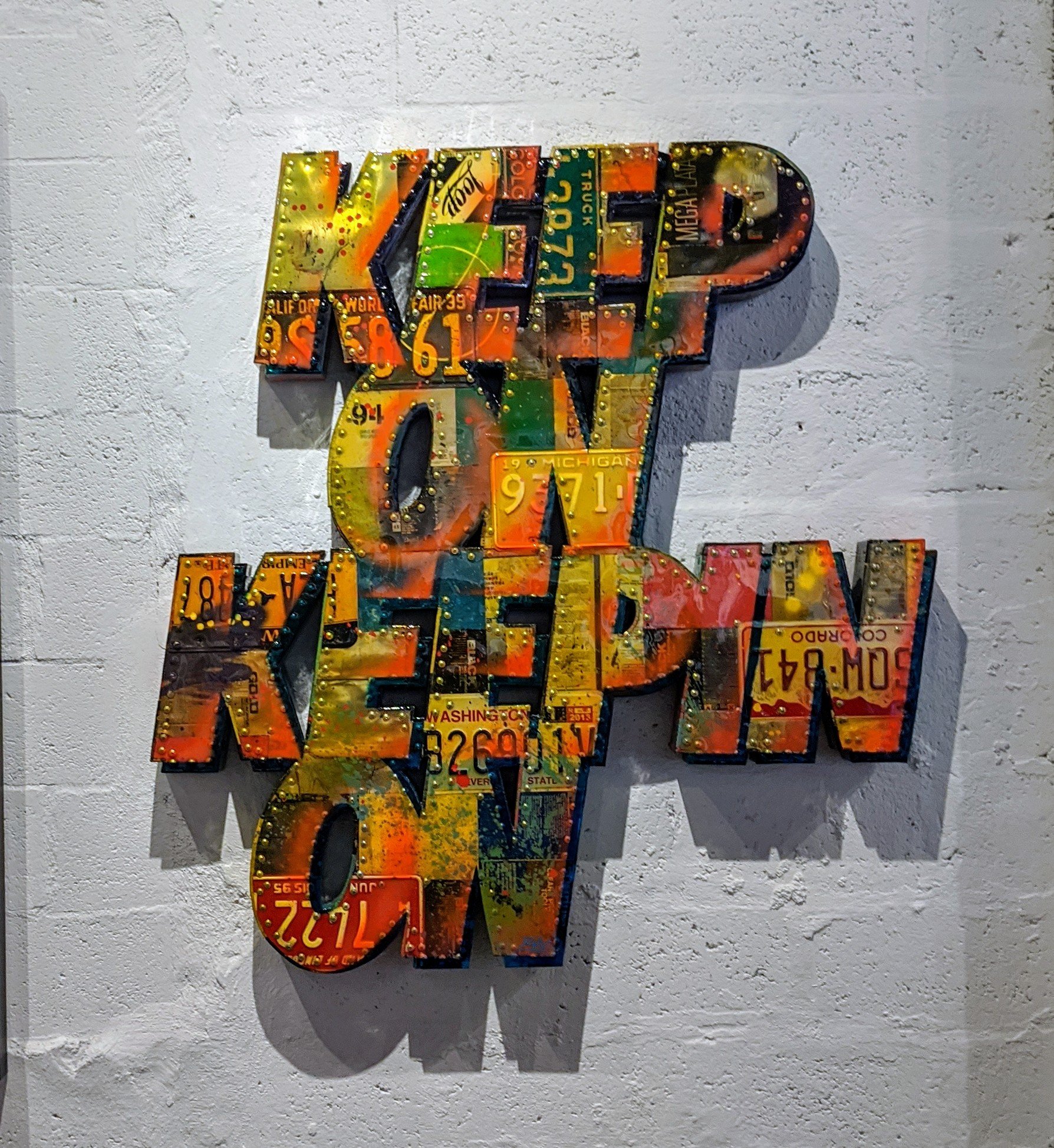 Join 1,203 other subscribers
Follow Weathering The Journey on WordPress.com