A Whack on the Head – We Are Fearfully and Wonderfully Made 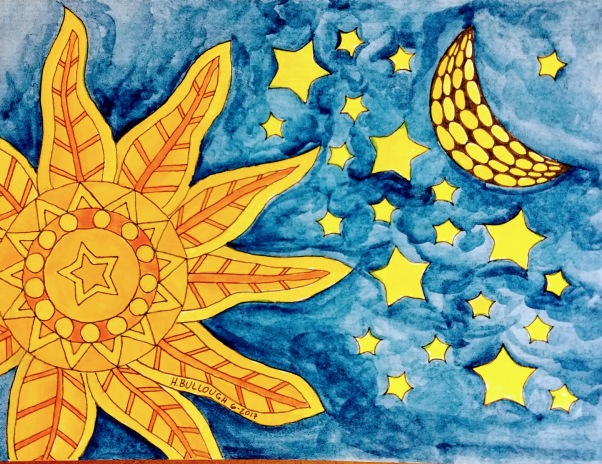 The last week has been a little more adventurous than I’d have asked for on my wish list. Saturday Mr. Hot Stuff and I got into a minor fender-bender. We were rear-ended by a young girl who had only had her license for two weeks. She was so traumatized by the accident that she could barely function afterward. This sounds crazy, but I’m glad it was us she ran into, because if you are 16 and accidentally ram your car into a stopped car at a traffic light, your best outcome is that it’s Mr. Hot Stuff driving the other car, because he is inherently kind and patient. The cars were not visibly damaged, and as an onlooker you would assume that the situation was inconvenient but okay. What you couldn’t see was how hard my head got slammed into the headrest of the seat (and thank goodness for seat belts).

I have consequently gained an education on what it means to have a minor concussion. It hurts. The headache is more of a universal sensation than a migraine, and my head has felt buzzy. I’ve had some dizziness and nausea, and have been sleeping a lot. I’m glad this happened at a time when I could sleep and not have too much stress about doing other things. I’ve also been more irritable and Mr. Hot Stuff has felt the brunt of that, poor man.

I’ve noticed a couple of strange things, besides it being even more difficult for me say someone’s name correctly (it’s not a recall problem so much as they get scrambled with other names before they come out). One is that for a few days I smelled smoke all the time, as if someone in the neighborhood had a brush fire burning. While there is a nearby forest fire, this was different than that. I was smelling it when no one else could smell anything. The other weird thing is I have been randomly rhyming things in my head (you’re dead, Fred) with three syllable responses, and it’s made me feel like I some alien switch has been installed in my brain (a tiny grain). I’ll be doing my morning routine and think, “I need to wash my face (turtle race).” Or “Turn off the light (mighty bright).” Today I’m not doing that in my head so much, but for a few days it was really bizarro how easily I could rhyme EVERYTHING. Of course, I wan’t thinking very complex thoughts. Things seem to be better today. At least I’m not randomly rhyming stuff anymore, especially since some of my random rhymes were pretty rude (ugly dude, lol). Haha! This is going to be fun to hit a character in a novel with one day. (When you’re a writer, everything is research.)

As I’ve been going through this experience, I’ve been enthralled with how our bodies and minds have been created to do so many complex and amazing things. I am so grateful for this and I’m glad that I’m healing. I know for some people the outcome of brain trauma is so much worse.

“I praise you because I am fearfully and wonderfully made; your works are wonderful, I know that full well.”