What a month! In April Mr. Hot Stuff went to China twice, retuning from the second trip just in time to whisk me away for a surprise celebration of our 25th wedding anniversary. And what a surprise it was! On Thursday, he took me on a trip to Florence and Eugene, Oregon. We arrived to sunshine and blue skies and enjoyed them for the first two days we were there.

We arrived in Florence a little before sunset and enjoyed a delicious meal at a very small restaurant in the area known as “Old Town”. 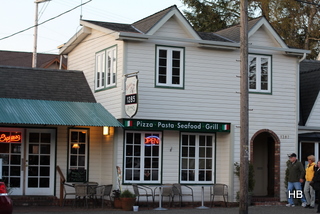 After dinner, the sunset light was great for taking photos of the old ferry landing and the big bridge that is on all the Florence postcards.

On Friday morning, he let the really big surprise drop by telling me that he had tickets to see Wicked which was playing there on tour. I was stunned and well, I still don’t have words to describe my shock. We went to Seal Cave that morning and hiked the short way to Heceta Head Lighthouse where we took a little tour and lots of photos. I was amazed by how small the light was inside the lighthouse, but because of the magnifying lenses that circle it, it shines a far, far distance. I love the allegory potential there.

We arrived back in Eugene with plenty of time to change into fancier clothes and find a place for dinner before going to the theater. I had unfortunately left my warm jacket at home in Utah, so I needed to buy a new one. Fortunately we found one that evening. It just happens to say “Wicked” across the front and Oz on the back in green lettering. The musical was wonderful and I was amazed that the 17 year-old girl sitting next to us could continue to hold up her “this-is-so-stupid-I-can’t-believe-you-made-me-come-with-you-mother” attitude even past the intermission. I glanced over at her during the final song, “For Good”, and saw a definite softening of her face. Someday she’ll look back and be grateful she got to go. What a lot of faith that mother had to spend well over $100 per ticket and insist that her daughter come with her. I hope she gets to see her “payday”.

On Saturday, we went driving out  past a town  called McKensie Bridge. We were headed up into the Limberlost forest because we were hoping to take some photos of some waterfalls. 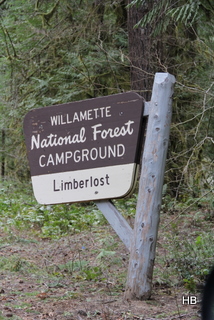 We were stopped by a snow gate before we could reach the trail head we wanted, but we were just a couple of miles away, so we decided to hike up to it along the road and see if the trail was clear. No such luck. The trail had a significant amount of snow on it and so we walked and jogged back down to our car. I’ll bet that place is beautiful after the snow melts later in the spring.

Other things we saw: 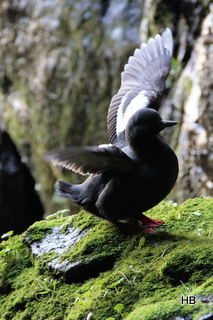 Two weeks after we returned from Oregon was Miss Sassy’s high school Prom.

I’m not making any comments about her evening because she would pretty much kill me if I did. Suffice it to say just this: She loved the dinner restaurant and she was home ON TIME. 🙂